Have you heard of spirulina, a superfood rich in chlorophyll and phycocyanin?

Spirulina is an algae known to inhabit planet Earth for 3.5 million years. It is a blue-green algae that grows in both fresh and salt water, in a moderate temperature environment and exposed to large amounts of sunlight.

Its distinct blue-green color is given by green chlorophyll and blue phycocyanin, due to which in the process of photosynthesis spirulina produces large amounts of oxygen needed by humans and other living beings for life.

Chlorophyll is the same in plants as hemoglobin in humans and is often called plant blood. It behaves like hemoglobin in the body and therefore promotes the treatment of anaemia.

Chlorophyll as a molecule has a pronounced chelation ability. It is the process of binding heavy metal atoms to complex organic compounds such as chlorophyll.

Chlorophyll has the ability to bind and remove heavy metals like mercury from the body and that makes it a powerful cleanser and detoxifier.

In addition to chlorophyll, spirulina contains other plant pigments, phycocyanin and carotenoids. It contains as much as 10 times more beta carotene than carrots.

that is found in spirulina has a strong immunostimulatory and anticancer effect and is the most powerful antioxidant in it.

Spirulina is rich in iron and calcium, it also contains chromium, iodine, copper, potassium, magnesium, manganese, phosphorus, selenium, zinc and sodium. It is also a good source of vitamins A, B6, B1, C and D.

It contains all the essential amino acids that make it a complete protein. It is also a source of essential fatty acids.

Spirulina has been scientifically proven to be a superfood because it has a beneficial effect on:

You can take Spirulina in the form of tablets or powder, it can be added to juices or smoothies and thus give even more nutrients, enzymes, vitamins and minerals to your body. 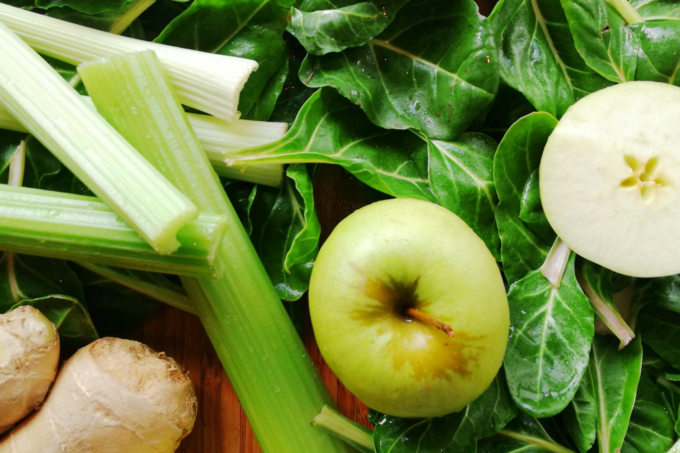